Batteries are a cornerstone of the more-electrified energy economy, with steady improvements in performance and cost between 10-20% annually. Part of this improvement is driven by half-cell electrochemical science, but a large part also derives from engineering whole-cells as complex systems. Here we describe a new approach for coupling electroanalytical experiments and physics-based models to learn more about the evolving state of engineered Li-ion batteries as they are used and aged. The underlying concept is to use one physics-based model to analyze two experimental datasets with complementary signal parity, where positive parity signals arise from the sum of each half-cell response and negative parity signals arise from differences between half-cell responses. We demonstrate this model-data parity matching approach by extracting the half-cell thermodynamic parameters from whole-cell Li-ion batteries during aging, as well as half-cell kinetic and transport processes through parity matching associated with linear and second harmonic electrochemical impedance spectroscopy. 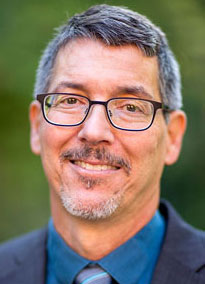 Daniel T. Schwartz (dts@uw.edu) is Boeing-Sutter Professor of Chemical Engineering and Director of the Clean Energy Institute at the University of Washington. He joined the UW in 1991, following a postdoctoral fellowship at Lawrence Berkeley National Lab and Ph.D. at U.C. Davis. An electrochemical engineer by training, his professional home is the Electrochemical Society, where he is a Fellow. Dan has been recognized for research and teaching excellence, and is especially proud to have received a Presidential Award for Excellence in Science, Math, and Engineering Mentoring from the White House for collaborative research and education with northwest tribes. A civic minded Washingtonian, he brings engineering expertise to governing and advisory boards at Chief Leschi Schools, the CleanTech Alliance, investment group E8, and the State of Washington. Dan is Chair of the Washington State Academy of Sciences’ Jobs, Infrastructure, and  Economic Environment working group.

We actively seek local, national, and global collaboration with industry, academia, and all levels of government